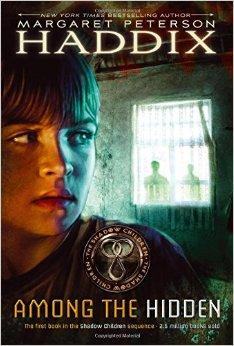 This is a series book by the same author as Running Out of Time, and the students like it just as much.

"Luke has never been to school. He's never had a birthday party, or gone to a friend's house for an overnight.  In fact, Luke has never had a friend.  Luke is one of the shadow children, a third child forbidden by the Population Police.  He's lived his entire life in hiding, and now, with a new housing development replacing the woods next to his family's farm, he is no longer even allowed to go outside.

Then, one day Luke sees a girl's face in the window of a house where he knows two other children already live.  Finally, he's met a shadow child like himself. Jen is willing to risk everything to come out of the shadows - does Luke dare to become involved in her dangerous plan?  Can he afford not to?

If you're not hooked after reading that, listen to what one third grader said about the book. 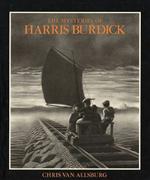 by Chris VanAllsburgYear Published:Chris VanAllsburg's books are a wonderful way to introduce students to books where everything is not as it may seem.  Many of his stories require the students to extend their thinking as the answers are not given to them.  I always look forward to our discussions about his books. 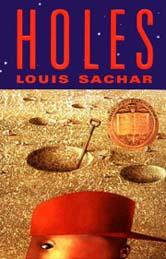 The first time I used this book in class was last year.  Listen to what several of my students wrote about it.

"Holes is great.  I loved it when Stanley went on an adventure to find Zero in a very old town.  They had to climb "God's Thumb"." - Christian Tedford

"My favorite part was when Stanley ran away with Zero and when Stanely said, "Let's dig one more hole". - Colen Mentessi

"I really liked Holes because it was really funny and it has a movie you can watch after you read it." - Jakob Craver

The Miraculous Journey of Edward Tulane

by Kate DiCammilloYear Published:This is one of my favorite stories.  I always look forward to sharing it with my students.  The wonderful thing about this book is how layered and nuanced it is.  This story begs to be read more than once.  It is the kind of story that works great as a read-aloud in my class, but can then be used again years later with different discussions.  As we read this story during the month of November, have discussions with your child about what is happening to Edward and how he is changing.  "I really loved this book.  It was so good and I loved how many places Edward traveled to" - Madison Meacher 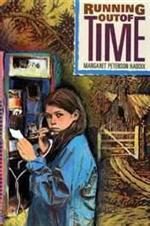 Running out of Time

by Margaret Peterson HaddixYear Published:We will be delving into life in the 1840's as we explore this thrilling book.  The book is about a girl that finds out she is not actually living in the time period that she belives (1840's) but is actually living in a reconstructed village made up to look like the 1800's.  She must escape the village and step "into the future" to get help for children dying of diptheria.  Discussions about our life today and the things that Jessie struggles to understand in our modern society are always interesting.  What is also interesting is that the book was written in the mid-nineties, before cell phones.  Jessie desperately needs to find a pay phone when she is outside the village.  I've been using this book for years and I have noticed each year as we get more and more removed from seeing pay phones my students don't have much experience with them.  Some students don't understand why Jessie doesn't just use a cell phone.  This book continues to be a favorite with my students.   Here are a few comments from past students about this book.   "I enjoy adventure books so Running Out of Time is perfect if you like adventure.  If you want a good book, pick Running Out of Time." - Reese Taylor "I love this book because there is action and lives at stake, so you would like this book I think." - Annaleese Bishop "I loved Running Out of Time because it was interesting.  I liked the part where Jessie found the red box up in the tree and she climbed that tree." - Madison Meacher 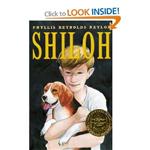 by Phyllis Reynolds NaylorYear Published:A great heart warming about a boy and a dog.  This story is always a favorite.  We usually read this book early in the year. A few testimonials about this book. "I really love this book because it is very good.  I liked the part where Marty found Shiloh." - Madison Meacher " Shiloh is very interesting.  My favorite part was when Shiloh got hurt and he had to go to the vet." - Madison Mabb "Shiloh is great because there is a dog and there is a lot of excitement in it.  It was exciting when Judd Travers shot the deer out of season and Marty saw him do it." - Leah Worden