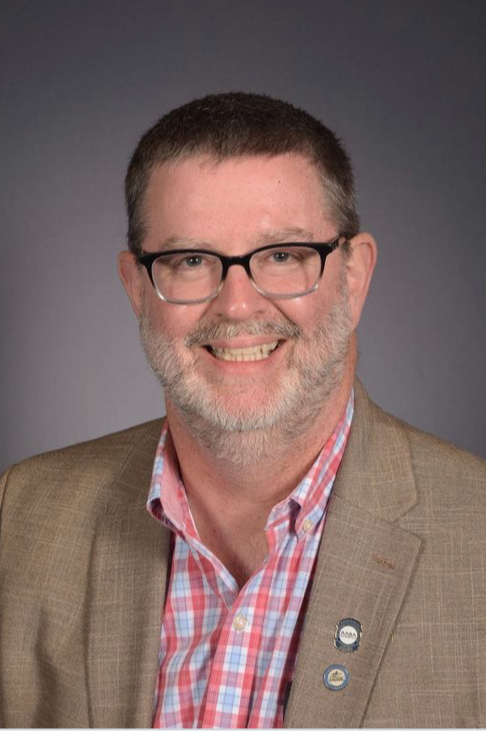 Mr. Squier is in his twelth year at C-A and 18th as a superintendent, previously serving Oxford Central Schools for six years.  He has served as a principal, director of athletics, teacher, coach and even worked as a summer cleaner in his schools while growing up.

A native of Apalachin, NY he is a graduate of Owego Free Academy, SUNY Binghamton, Elmira College and SUNY Cortland. While in high school he was a 3-sport athlete and class president. Three HS teammates are currently superintendents at other NY school districts. He worked his way through college at Grand Union and Wegmans and coaching football and basketball at OFA.

While a superintendent he has presented regionally, statewide and nationally on topics that have a foundation in professional learning communities and innovative schools. C-A was ranked 1st in the nation  in 2018 by the National School Boards Association for its digital conversion that includes providing mobile devices for every student since 2015, a robust digital badge program as well as shifting most back office storage functions to the cloud. For the last ten years, Coxsackie-Athens’ graduation rate is 16% higher than the previous eight years. The district was one of three schools recognized nationally by ISTE for its digital badge program.  Randy was a Tech & Learning Magazine runner-up for 2017 digital leaders.

He credits a school board that puts student performance first as well as the perseverance of school leaders, both administrative and teachers for the success students are achieving.  He has no silver bullet, but knows the effectiveness of every teacher in every classroom will ultimately determine whether a child will be successful.

Randy and his wife Maureen are proud parents of three C-A graudates. James, who went on to graduate from SUNY ESF where he was a four year member of the Mighty Oaks basketball team; Maggie who is in the honors college at the University of Buffalo and Maeve who is attending The Univesity of Rhode Island.

We are looking forward to starting another school year in less than a month. Our custodial and clerical folks have been doing their magic making sure our schools are ready.

We are excited to continue our work that takes us to our 2030 Destination. Our teacher leaders have established new goals for us to strive for by 2025. They focus on math, reading, writing/researching, career and life ready skills, and our overall well-being. We are committed to making sure every student feels like they belong here and so will continue to embed our culture of care practices into our classroom and school wide routines.

Our 2030 Destination also has many mile markers along the way. They include increasing the amount of projects students engage in, expanding the opportunities for students to interact with our community partners, continuing to expect every student takes at least one college course or earns a CTE credential. We are proud of the amount of community service our students engage in and will continue to expect all students to strive for five hours of service each year.

We love being a small school that offers big opportunities for our students. Our elementary classes will continue to have less than 17 students in a class and many will have 11-13 students. This will allow our teachers to provide the personalized learning your students deserve. At the secondary level students can choose to belong to over 25 clubs and 20 sports teams as well as over 60 elective classes including 33+ college credit classes.

We know the importance of being the hub of our community. This is why we will be expanding our outreach to families of preschool age kids as well as open up more opportunities for parents to be vested in your school age kids education.